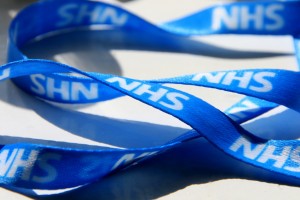 In praise of the NHS

Nowadays all we seem to hear about is how the NHS is failing our elderly, certain treatments refused on the grounds of age, poor standards of care in overstretched and understaffed hospitals, I could continue….

However, I was delighted to see that the system still offers an amazing standard of care and treatment to our elderly, at times, and wanted to sing the praises of those involved.

Charles was 95-year-old and one of the elderly clients I helped to support at home. In the past year has had numerous fall resulting in some pretty nasty injuries, a fractured pelvis, 6 stitches to his head and soft tissue injury to his arm.

I arrived today to do his shopping and housework and a friend of his was there. No sooner had I walked in and the district nurse appeared to dress a wound on his leg. She was amazingly thorough in his care – even to the point of checking his recently prescribed antibiotics and detected that he had not been taking them as regularly as he should.

Within 10 minutes of her arrival, the doorbell rang again and it was the Physio. She had ordered a narrow zimmer frame for Charles as his flat is smallish and not ideal with a standard width frame. Unfortunately, it was too tall for him and she instantly called her department so ask whether they made them lower.

Following this Charles was taken into the kitchen to be shown some balance exercises using the kitchen surface for support. This was very interesting, and as I was his only regular visitor I was asked if I would supervise him doing these exercises when I visited. I was very impressed with the professionalism and care shown. Obviously, the way for an elderly man to be surrounded by four females is to have a fall ! His quip, not mine.