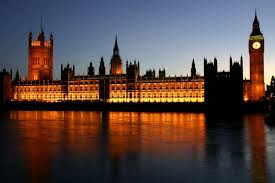 Minister for the elderly

In 2011 Broadcaster Esther Rantzen and charity officials visited Number 10 to lobby the Government to appoint the new minister, who they want to tackle issues affecting the elderly.

They handed over a “Grey Pride” petition backed by 130,000 people – including comedian Tony Robinson, One Foot In The Grave star Richard Wilson and Birds Of A Feather’s Linda Robson.

This was in response to the  fact that amongst our elderly population more and more are dying alone and penniless with around  5500 people north of the Border die “penniless” and have their funerals arranged by their local authority.

According to older people’s charity Anchor, many of them are elderly with no family or friends to look after their affairs, so they end up in “pauper’s graves”.

“Close to 40,000 people, mostly elderly, are dying around us with no family or friends nearby to care for them every year.

“Our ageing population is growing and so is the worrying picture of isolation and loneliness.

“This is why it is important that older people are given a voice at the highest level. We are urging the Government to listen and appoint a minister for older people.”

In 2012 it was reported that “MPs have unanimously urged the government to consider creating a “minister for older people”.

The decision was reached after a cross-party group of backbenchers, who say elderly members of society are often overlooked by politicians, launched a Commons debate on the subject.

So why are we still waiting in 2013 as more and more scandals are revealed regarding the care of the elderly and vulnerable?