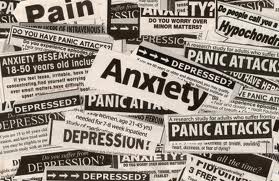 Mental health and the elderly

My first three visits today were all to people with varying degrees of mental health issues.

Depression in the elderly is not a normal part of the ageing process and there is help available. There are several mental health issues in the elderly from low value to clinical depression, self neglect to self harm.

However like any  NHS service there is a huge demand on the system and not all patients receive the care  they may feel they may need.

I was shocked to learn that a 78 year old female client had been self-harming by banging her head against the wall. To realise someone is so angry and full of self hate is tragic at her age. Despite anti-depressants and cognitive therapy she still has issues concerning her treatment by others in the past.

I have to admit at one point I feared for my personal safety and sought reassurance by asking if she felt like harming others or just herself. It is unusual for an elderly person who doesn’t have dementia to be aggressive and depression causes self-neglect rather than physical self harm.

She is reluctant to go anywhere residential for treatment and thinks she will just be put into a residential home where she will be treated badly. She has mentioned ending her own life on several occasions and did once again today, stating that she had all she needed to do so.

I am pleased that she is under the wing of the mental health team but really do question what can be done for her that hasn’t been suggested and tried before.

If you have any concerns that an elderly person is depressed please talk to them and persuade them to seek medical help. Old age is hard enough for some anyway and depression is an added burden