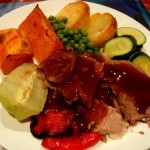 Did you know that there is a malnutrition task force in the UK ?

Their aim is to reduce malnutrition in older people optimising their health. This in turn reduces unnecessary costs across the NHS, health and social care systems and improves the quality of life of the older person.

Malnutrition is a major cause of poor health and older people are particularly vulnerable.

There are over 3 million people across the UK either malnourished or at risk of being so with over 1 million over the age of 65. The cost of malnutrition is estimated to be in the region of billions of pounds a year.

By addressing this issue, the Malnutrition Task Force aims to make a major difference to the health and quality of life of older people and bring about significant cost benefits across health and social care.

In 2009 the Bapen report found

Those at risk of malnutrition are as follows:

The Malnutrition Task Force has created implementation and best practice guides on preventing malnutrition in local communities, hospitals, care homes and food and beverage providers. All the guides can now be downloaded from their Resources section.