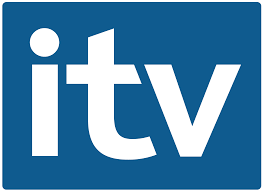 Having had several cases come to light of elderly people and people with dementia almost starving to death in care homes and hospitals  in the UK, I felt something had to be done.

By chance, I had seen a notice on Facebook with regards to elderly people who had been the victims of fraud or financial fraud and it was a researcher at the ITV for the Tonight programme, Elaine Carlton.

I sent her a brief email asking whether the team would care to investigate as I could substantiate my claims. Elaine said she was interested but was away so we launched our investigation a month later on September 23rd.

In response to my initial request for further case studies we had 136 shares and 72 comments. Of those comments, the majority were people whose loved one had been neglected and had become malnourished as a result. I could have cried reading some of the horrific accounts. (Accounts that I will include if  permitted if I do ever put print to paper)

A week later on September 30th, new cases were still filtering in. I think if you really understood how badly some care homes are failing our frail and vulnerable elderly,you would work to find an alternative solution. I have been reading all the accounts and sending them to Elaine.

curator for ITV when this started but it needs to be investigated and highlighted.  Only today the Mirror have run the who died from nostory of poor Ada not being fed due to staff neglect. This is someone’s Mum, Grandmother and not just some elderly person who is an inconvenience because, like us all in time, she needs some help. My blood boils.  This wouldn’t happen in Africa or India and they call us the developed nation !  Keep and eye open for Chapter Two.