This is long but I hope you agree worth reading. 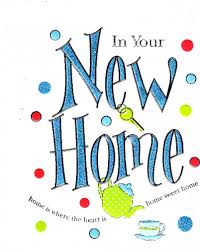 After 7 years in residential care and 6 months living in hospital homeless from a second care home in less than a year Elsie is now living back in the community.

Based on a true story.

Life hasn’t always been kind to Elsie, she left a good career in London and returned to Dorset following a relationship breakdown. Smoking and alcohol her solace,as elderly friend after elderly friend passed away. Even her beloved pet birds died leaving her life more lonely than before.  Feeling alone  and vulnerable in sheltered housing Elsie became increasingly unwell and her medical conditions of arthritis and diabetes worsened to the point she was falling regularly and became isolated, afraid to go out alone.

Finally she made the tough but measured decision to go and live in residential care. This may not seem like a difficult choice for an elderly person but Elsie was only 63. Most people are in the prime of their lives then she became the youngest resident of the home surrounded by people 20 plus years her senior.

Elsie did her best to make friends but as with many situations you can put people together but you can’t force them to get along. Elsie cared about people and helped look after many of the older residents. Always there to make sure they were happy and comfortable, she was kind generous with a heart of gold. Life was a challenge  and the black dog of depression was always nipping at her ankles but she tried long and hard to keep him at bay.

Even being in a safe residential environment didn’t ensure Elsie’s safety and she fell badly sustaining serious shoulder injuries that needed surgery. Life went on and she surrendered to the boredom and routine of institutionalised living, struggling in pain on a daily basis.

In the good old days you would go into care and wait until your number was called secure in the knowledge that this was your home come what may. What a difference a few decades and a retirement village developer can make.

How can you evict weak, frail, vulnerable eighty and ninety year olds? Elsie was devastated and in shock along with other residents. Lucky ones found suitable homes quickly but where demand outstrips supply; some lagged.

30 days notice was all that was given until the front door would be locked …. all so an religious elderly housing charity ( who I won’t name) could make more money by building a retirement village on the site. Less care, more profit… so much for religion I say!

And pack and pack and pack. It was relentless. The stress made many ill and I am surprised no-0ne died. Elsie had a good friend a helper from the past who gave her a hand to bundle all her belongings into bags.  Her life labeled in bags.

Good Luck in your New Home!

Re-housed at the 11th hour the new home appeared hopeful at first. Elsie’s room was smaller than before but bright and she made the most of her ensuite cupboard bathroom!

The entertainment and activities were limited and Elsie was soon frustrated and bored, her friend Mavis a welcome distraction but Mavis didn’t like her new home much either. The food wasn’t great and residents only ate together at lunchtime, breakfast and supper being delivered to their rooms.Elsie was unhappy and unwell.

One day Elsie was  unwell. She hadn’t felt well for days and then she became really ill. There had been cross words between Elsie and  management, she was told that if she was admitted to hospital she would not be welcome back. Elsie was admitted with a serious diabetic hypo and was duly evicted ! Care home ? They didn’t care! Possessions in a lock up now.

Hospital is not home and when Elsie started to refer to her bed as her room it became a worry to her helper friend. Enlisting the help of their local MP Elsie after 6 long months as a guest of the NHS  was offered a tenancy on a bungalow in her town. Fast tracked because of her situation Elsie was delighted and said ” Can I say this is my permanent address”. Assured by the housing officer she could Elsie was now free.

“Free from the insecurity of institutionalism”

With more and more homes closing and others on the brink, struggling to make ends meet and engage good care staff, she is the lucky one. Back in the community Elsie  is again learning to cook, house-keep. She is thinking for herself, she is moving more. She had motivation and willingness not despair and apathy. A fresh start until the end of her days. Home from Home.

Good luck in your new Home.