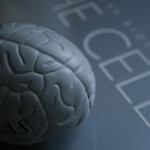 I have Dementia – Don’t forget me!

I have recently attended a really interesting dementia awareness training day which works to re-address the “tea and sympathy”, “burden and blame” approach to dealing with couples where one has the disease.

In a long term marriage or relationship how often does one partner find themselves in the alien role of caregiver to their other half ? Did they ask to become a care giver? No, nor did the person who has developed dementia ask to have the disease.

I attended as a lay person with a view to learning more about facilitating conversation between couples where the dementia may threaten to destroy the relationships. I can’t think of anything sadder than a couple parting after half a decade or more of shared love.

In our traditional  wedding vows we say  “until death do us part”  not ” until dementia threatens to force us apart”.

I was really interested in other attendees and what they all had to bring to the debates and conversations we had whilst following training. Council officials, nurses, O.T’s, day care managers, memory cafe volunteers all came with their unique experiences and knowledge and then there was me … A Blogger in the room.

Damian Murphy is the man behind the plan AKA training course called “Getting Along” and with some welcome Big Lottery funds managed to make a short film demonstrating his work. The film ‘gets” me every time, probably because I wonder what would have come of these lovely people and their marriages had he not stepped in. See if you can watch this without welling up.

Some of the most interesting points that have stayed in my mind that I would like to share with you.

This is the best description I have heard and whilst others do have the same meaning this was nicely put. (Thanks Hannah).” Imagine your head is full of lots of little lightbulbs and some of those lightbulbs dim a little when you have dementia. Some others will flicker whilst others  go out completely. Dementia isn’t curable but you can still have an enjoyable life and you have close a hundred million lightbulbs in your brain so its going to take a long time”

The other point that really stuck in my mind was the comment made whilst we were discussing the person with dementia and their independence.

I will write another article on this training soon but until then if you would like more information here is the link to Damian’s website.