How will the Budget affect the elderly? 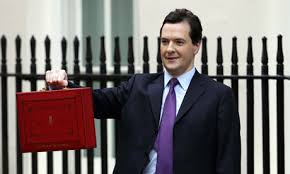 Here is a brief summary of how it will affect both pensioners and the very elderly.

The Government has brought forward both state pension reform and a cap on social care costs, to 2016. It has also confirmed a range of tax and benefits changes.

Until this Budget, there was a higher personal allowance for people aged 65 and over but last year the Chancellor said that this would no longer be available to people reaching 65 after 5 April 2013.

In time there will be just one personal allowance for everyone.

The inheritance tax threshold is the maximum amount your estate can be worth before you need to pay inheritance tax. Your estate means everything you own, including money, property, possessions and investments.

This is being introduced as part of the plan to fund a cap on long-term care costs. In most cases, when a spouse or a civil partner dies, any unused part of their nil-rate band can be passed on to the surviving partner.

There are big changes to the welfare system, which could affect which benefits you get. Changes start to come in from April 2013.

Pension Credit, which guarantees pensioners a minimum income level, will increase to £145.40 a week for single people and £222.05 for a couple.

This highly debated new single tier pension has been brought forward and will affect people reaching State Pension age from 2016.

This new pension will be worth up to £144 a week (in today’s money), and  will replace the basic state pension and additional pension (also known as SERPs or a second state pension).

You will qualify for the full amount if you have 35 qualifying years of National Insurance contributions, or credits which are given for reasons such as caring or disability.

George Osbourne has confirmed that a new cap of £72,000 on social care costs will be brought forward to 2016.

The duty on Fuel

The fuel duty increase planned for September has been cancelled.