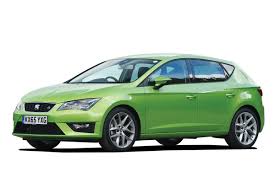 Most of us rely on our cars and don’t want to think about the day we may have to consider giving up driving.

One of my clients gave up his car this month after 80 years of driving. This was not an easy choice and has involved much consideration and planning. Simple tasks such as the weekly shop in the local supermarket and visits to the doctor’s surgery have had to be taken into account. They have chosen to change their doctor after many years and fortunately, they are computer savvy and have learned to shop online and have a home delivery service. This is pretty amazing considering they are in their mid 80’s  and 90’s.

I asked how the shopping went and they were very happy the only error being that they ended up with 3kgs of carrots! Their neighbour gets to make soup now.

Their chosen form of transport will in future be the mobility scooter and local taxis. I think they have made a wise albeit difficult decision before an accident occurred.  The lady of the house is still relatively fit and mobile although she fell and tripped in the town the other day. I find myself feeling incredibly protective of the elderly for the vulnerability, falls and trips and the frailty of old age.

Another of my clients is currently going through the application process to renew her driving licence at the age of 70 next birthday.

She has Age Related Macular degeneration in both eyes and is expected to have her licence refused in the next 6 months. Fortunately, she lives opposite a bus stop which can take her into the two towns she visits but will restrict her visiting friends further afield. She is also planning ahead for the loss of her car and a part of her independence that us  younger drivers take for granted.

Another of my clients is showing signs of dementia but due to the refusal to accept the situation by her family is currently undiagnosed. This said, the day she parked her car at a local garden centre and then walked home down a country lane  (as she couldn’t find the car) the family made the decision to tell her the car was beyond mechanical repair !

She is understandably now feeling isolated and cut off as living in the country she is pretty stranded.She is, however, safer off the road than on it.

I was in the car park of a local supermarket one night and could hear a car engine revving furiously and then crash, bang the lamp post was hit and the bin. Initially, we thought it was a youngster who couldn’t drive who had taken the car. We approached the car tentatively when we realised it was being driven by an elderly woman.

She was in a very confused state and so we persuaded her to let us turn off the engine and we took her into the shop where the police and social services were contacted. We felt bad as we knew this would be the end of her driving career but it had to be done.

Apparently, the police had already been contacted as she has driven down the road hitting the curb repeatedly. she was a widow living alone with no family in the county  and the car had been her independence.

If you know someone who really shouldn’t be driving, is it not your responsibility to try and persuade them to find an alternative form of transport before it is too late.? let me know your thoughts.