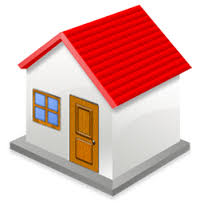 The cost of care – residential care homes and nursing homes in particular – can be very high, so it’s understandable that some people might be tempted to ‘offload’ assets so that they are excluded from the financial assessment.
You might think that ways to reduce assets could include:

But be warned – there are serious implications to ‘gifting assets’ in these ways, for both the person giving away the assets and the person receiving them. Here we explain the rules for gifting assets, the consequences of doing this incorrectly, and the legal implications of transferring property.

Gifting assets and a financial assessment

If your relative has capital (savings and assets) worth more than:

For many people, their home is likely to be their most valuable asset. So it’s not unheard of for people to consider ‘gifting’ their property or other assets when facing the residential care financial assessment.

There are, however, strict rules that local authorities will pay close attention to when carrying out a financial assessment.

When the local authority carries out a financial assessment for residential care they will ask about previously-owned assets, not just those that are owned currently. Remember that with a property, it is quite easy for the authorities to check the ownership ‘trail’.n

If they consider that a person has deliberately disposed of assets to increase eligibility for local authority funding, this is called ‘deliberate deprivation’. This might include giving away (gifting) assets, as well as other courses of action, such as selling an asset for less than its true value. For example, there have been cases of people ‘selling’ houses to a relative for a nominal fee such as £10, just so that they can transfer the legal ownership.

Of course, not all disposals of assets are necessarily deliberate deprivation – it might have nothing to do with care, especially if there was no consideration of paying for the cost of care at that time. Your relative might want to give tax-free sums of money to children or grandchildren so that they can enjoy seeing them spend it, and to avoid inheritance tax. They might want to help family members who are struggling financially, or splash out on a well-deserved ‘holiday of a lifetime’ once they retire.

It is worth bearing in mind that a local authority might deem such a gift as a deliberate deprivation if they consider the gift has been made to avoid it being used to pay for the cost of care. If avoiding care costs is considered to be a significant factor in the reasoning behind the disposal, then it may still be considered a deprivation of assets. Local councils will also take into account the point at which the disposal occurred. If you are fit and healthy and cannot foresee the need for a care home, any gifts or luxury spending should not be considered a deprivation of assets.

When might disposal of assets be defined as ‘deliberate’?

When deciding if deprivation was ‘deliberate’ the local authority might look at the following:

It all boils down to intention. When your relative made the gift, could they have reasonably known that they might need care? For example, if your relative fell ill, was assessed as needing residential care, then signed their property over to a relative the following week, that would look suspiciously like ‘deliberate deprivation’.

However, if they went on an extravagant cruise while they were still in good health and had no idea that they would need care, this might simply be regarded a post-retirement ‘treat’.

Giving away capital can therefore have serious consequences. If a person is found to have ‘deliberately deprived’ themselves of assets, the value of these assets can still be taken into account in the financial assessment, even though they no longer own them.

The value of the assets that they used to have is called ‘notional capital’. The value of a person’s ‘notional capital’ can be added to their remaining assets to form their total financial assets for the financial assessment. So, in the example of your relative transferring ownership of their home, not only could your relative end up having to pay for their care, they might no longer have their house to fund those costs.

If the local authority funds someone’s residential care costs and later rules that a person has ‘deliberately deprived’ themselves of assets, they have the power to claim care costs from the person that the assets were transferred to.

Legally, local authorities have the power to recover costs by instituting County Court proceedings. However, a local authority should only do this after it has tried other reasonable alternatives to recover the debt.

Your right to appeal

The council’s decision must be reasonable and there is a right of appeal if you, or your relative, feel that an unfair decision has been made. If your relative wants to make a complaint or appeal a decision, they should contact their local authority. See Challenging a local authority decision for the process to follow.

If your relative is considering gifting any assets, particularly transfer of a property, they will need to seek legal advice to make sure it’s done properly. The Law Society has produced detailed guidelines for solicitors on gifts of property and their implications for long-term care. Make sure that any solicitor your relative speaks to is aware of these guidelines (see Useful organisations and websites).