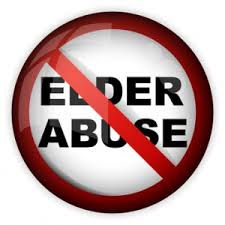 Elder abuse in care homes must stop. MHA have a positive initiative.

Following the shocking Panorama documentary recently about elder abuse in the Old Deanery I was both saddened yet heartend to see the initiative taken by the Methodist Homes for the Aged.

They have produced a leaflet called “No Secrets Here” which outlines what elder abuse in care homes is in easy to understand language  and covers;

Being hit, slapped or pushed incorrectly, being intimidated or having personal space invaded.

Use of verbal aggression, being humiliated embarrassed or shouted at. Being threatened ridiculed or inappropriate usage of terms of endearment.

Being made to feel afraid, uneasy, uncomfortable, threatened or upset.

It also reminds residents that the abuse could come from staff, service users, visitors, relatives, medical staff such as GP or the district nurse and there is a push out card with a phone number to call if they feel they want to talk to someone about elder abuse.

I applaud Methodist Homes for the Aged for this initiative and it is not a new concept for them. The leaflet was printed in August 2006, it is just a sad situation that they feel they need to show they care about residents when it should and in the majority of cases, comes as an expected right.