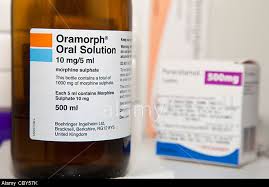 No, this is not a typo, I mean Drug and not Drunk Driving.

The current offence is that of Driving Whilst Unfit through drugs and the prosecution must show two elements; firstly that you have drugs in your blood and secondly that your driving was impaired due to the influence of drugs.  The police must carry out a mandatory Impairment test and it must be carried out by an office who is qualified to do so.

They use a drug detecting device which at the moment is only authorised for indicating the presence of cannabis and thereafter a blood test will be required which will be sent off for analysis.  You will be offered a sample which you should accept and keep refrigerated until your solicitor indicates it is safe to dispose of.

You will receive the result of the analysis within 6 weeks and if positive and you have failed the impairment test you will be charged with Driving whilst unfit through drugs.  The penalty is £5,000 max and/or 6 months imprisonment and a mandatory disqualification for at least 12 months. Being in charge whilst unfit through drugs will result in a fine of  £2,500 and/or 3 months and 10 points/discretionary disqualification. The in charge element is the same as the drink in charge offences.

On the 2nd March 2015 a new law will come into effect which introduces offences for drug driving.  The current drug driving legislation requires the presence of drugs and evidence of impairment which is often difficult for the police to prove.  The new law will work on the same principles as the drink driving offences with’ specified levels and excess will result in prosecution. the offence will carry a mandatory disqualification and a maximum of 6 months imprisonment.

The police will use a drug screening device (DSD) to establish the presence of drugs.  These can test up to 6 drugs in a single test of a person’s saliva.  These is only one DSD approved so far and it is only approved for Cannabis presence.

The DSDs are not 100% accurate and therefore cannot be used as evidence in a court case.  They can give false readings both positive and negative and are affected by eating and drinking prior to the test which is why manufacturers of the DSD recommend that there should be a 10 minutes delay after eating or drinking.

The Crime and Courts Act 2013 created a new limits-based offence of drug-driving by inserting a new section 5A in the Road Traffic Act 1988. Under the Act, a driver can be convicted if “the proportion of the drug in” his or her “blood or urine exceeds the specified limit for that drug”.

The drug limits are as follows:-

There are still a number of concerns about whether the limits accurately reflect the different speeds at which the drug breaks down in the blood, but the assurances have been provided that the limits include these variations.

Some prescribed drugs could give positive results for illicit drugs eg dexamphetamine which is used to treat ADHD suffers or Sativex which is used to treat MS suffers.  Both drugs could give positive results for amphetamine or cannabis.  However a defence has been introduced under S5 A(3) which states that if a drug is prescribed for medical or dental reasons and taken in accordance with any directions by the Doctor, Dentist or consultant and also the manufacturers instructions.  The drugs must also be being used legally ie not prescribed to another.

Until more devices are approved which can measure accurately the levels the police will still be required to do the impairment test which is currently mandatory for driving whilst unfit through drugs.

There will similar offences of “being in charge ” and failing to supply specimens which will carry similar penalties.

Many thanks to http://www.roadtrafficdefencelawyers.co.uk/new-drug-driving-law-march-2015/ for allowing me to share their information.