The Care Quality Commission, the body responsible for regulating health and social care services in England is to radically change the way it inspects and regulates services between now and 2016.

At the Labour Party conference Andy Burnham called for improvements in the standards of care for the elderly personalised by the fact that his own Grandmother had been a victim of abuse in a care home. About time too ! 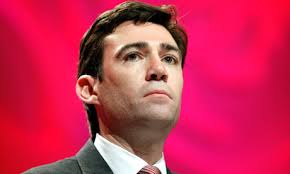 The CQC have set a new measure of fundamental standards in place and they will be able to hold care providers to account to the point of taking legal action.

This is the report from the Independent on line about the manifesto from Andy Burnham.

Andy Burnham has promised to end the “scandal” of how old and vulnerable people are treated by the state by integrating the NHS and social care.

The shadow Health Secretary’s ambitious plans energised a rather subdued Labour conference on its final day after he won the warmest reception of any member of Ed Miliband’s Shadow Cabinet.

Mr Burnham, a passionate advocate of a “national care service”, said an incoming Labour Government would ask hospital trusts and other NHS bodies to evolve into NHS integrated care organisations, working from home to hospital to coordinate  physical, mental and social care.

“The time has come for this party to complete Nye Bevan’s vision and bring social care into the NHS,” he said.

The day after Mr Miliband promised that a £2.5bn boost for the health budget would fund 5,000 more care workers, Mr Burnham announced that Labour would give all families a new “right to care in their own home”, including the right to be there at the end of their life. His “true whole person care” would ensure families had “one person to call”.

He said: “No longer should frail or vulnerable people be shunted around the system, from ambulance to A & E to noisy ward. Instead, this team would come to you. Its goal will be to keep you in your home, safe and well.”

People caring for others would get “carer’s breaks”, the right to an annual health check and help with hospital car parking charges.

Mr Burnham argued: “It makes no sense to cut simple support in people’s homes only to spend thousands keeping them in hospital. We can’t afford it. It will break the NHS.

“The ever-increasing hospitalisation of older people is no answer to the ageing society. Bringing social care in doesn’t add to the financial burden. It’s the key to unlocking the money.”

The former Health Secretary said that if Labour was about anything, it was surely about ending the “shameful scenes” of old people being mistreated in care homes and allowing privately run homes to “make profits off the backs of the most vulnerable.” He said Labour would ensure private health providers contributed a fair share towards the cost of training.

He told Labour delegates: “Make no mistake, this coming election is a battle for the soul of the NHS. The fight of our lives.”

Jeremy Hunt, the Health Secretary, said: “You can’t fund the NHS if you bankrupt the economy – which is exactly what Labour did. By taking tough decisions on public spending, we have been able to increase the NHS budget by £12.7bn over the course of this parliament.”

Tory sources said the Government had already started to “join up” health and social care with a £4bn Better Care Fund. It had invested £400m in breaks for carers and given carers the same rights to support as those they care for.