This came from the BBC News 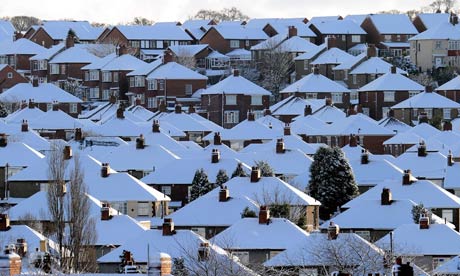 Illnesses related to living in a cold home cost the NHS £1.36bn every year, a report by Age UK suggests.

And the charity says thousands of older people are dying prematurely due to the health effects of living in the cold.

Each year in England and Wales there are about 27,000 extra deaths each winter, mostly among older people.

Age UK is urging the government and local authorities to help improve energy-saving measures in homes in a bid to reduce winter deaths.

The majority of the elderly who die in winter die from strokes, heart diseases and lung problems, worsened by the cold.

The root of the problem is poorly insulated homes and the increases in energy bills in recent years, making older people cut back on heating to save money, Age UK says.

The charity acknowledges progress has been made, with death rates falling since the 1950s and recent new measures to insulate homes.

Countries with much colder winters, such as Finland, have lower numbers of extra people dying each winter, suggesting the situation in the UK can be improved, the charity says.

Age UK is using its “Winter wrapped up” campaign to call on the government and local authorities to prioritise reducing extra winter deaths and to improve energy-saving measures in homes.

“It is an absolute scandal that tens of thousands of older people will become ill or die this winter because they are unable to keep warm,” said Michelle Mitchell, of Age UK.

“Not only is this resulting in an incalculable human cost, but the NHS is spending more than a billion pounds on treating the casualties of cold every year.”

The Public Health Minister, Anna Soubry, said older people were vulnerable to ill health and social isolation in the winter.

“That is why we are investing £20m to help local authorities and their partners support people in their own homes as well as preventing avoidable deaths and illnesses,” she added.

Dreda, 94, said: “When I was young, being cold wasn’t an issue, it never occurred to me it could be a problem.

“Being older, and less active, it’s so hard to ward off the cold.”

Maureen Talbot, senior cardiac nurse at the British Heart Foundation, said: “Cold weather can increase heart rate and blood pressure as your body tries to keep itself warm. The chances of a blood clot also increase as the blood becomes more sticky.” suggests people who live in the coldest homes are three times more likely to die from cold-related illnesses.

The office of national statistics calculates the extra number of deaths between December and March each year, comparing them with deaths for the rest of the year.