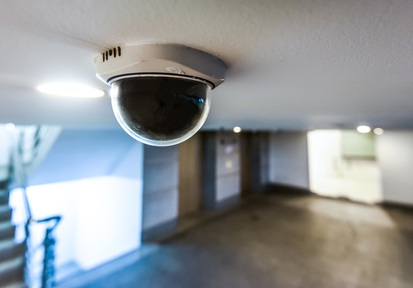 Once thought of as incredibly controversial, it now appears that CCTV cameras may be installed in all care homes across the UK and could in the future become a legal requirement.

Quoted in the Express newspaper on May the 6th 2019 even Matt Hancock, the Minister for Health and social care said ”

“I think this is something we need to look at and I can see the case”. He acknowledged the scale of the crisis and backed the papers calls for safety monitoring in communal areas. Mr. Hancock is the first minister to publicly back safety monitoring and agrees with campaigners who say cameras would protect vulnerable residents and staff – raising hopes of it soon being a legal requirement.

CCTV may be controversial but so is abuse of vulnerable people.

I think this needs to go further. Abuse does not happen in communal areas. Undercover investigations by the like of panorama show that most abuse happens in residents bedrooms.

People have in the past argued about the loss of dignity for the elderly residents and cameras should not be allowed in bedrooms or bathrooms. I strongly disagree and feel CCTV is the only way to ensure elderly people are treated well all the time. There is no dignity in abuse, only humiliation, and pain. Surely that can not be tolerated. The care system is creaking, like old joints, under the increasing strain of an aging population. Yes, old joints really do creak.

Moving forward, the care sector needs an additional 500k care workers and it doesn’t take a genius to understand that with good carers leaving in droves the door is wide open for people for whom the job is not their first choice.

Good carers get tired, exhausted really. Long hours and low pay take their toll with the average ‘job expectancy’ for carers being only three years on average.  This means for some care home owners employing the wrong people is in better than staff shortages and having to close.

The system is spiraling out of control. The more homes that close the more pressure is placed on the local authority to house those then made homeless. With local homes often full this then forces people to be moved hundreds of miles away from loved ones and friends.

Cameras recording 24/7 would soon be a reality and the norm. People would forget they were there and they could even be seen as a force for good with really good examples of care being shared as a learning experience or exercise. In all honesty, the footage would only be reviewed in the event of an unaccountable injury and would aid medical professionals in the event of unwitnessed falls

This is my opinion, and I work in a care home. What do you think? Have you ever had this conversation with an elderly person living in care?