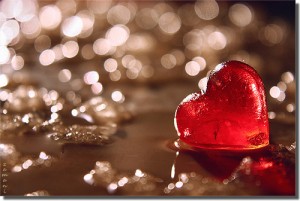 Sometimes I use this site to simply share my thoughts about being elderly and the sheer hell of it at times.

I don’t want to get old.

Today was one of the days  I came to really appreciate the physical cost to the health of carers. Mr T as I shall call him found himself at the tender age of 88 the full time carer to his wife. Until the last couple of years they had enjoyed a happy and relatively healthy, stress free retirement, able to drive and enjoy meals out with friends and maintained their home to a high standard.

Mrs T then began to show signs of memory loss and one day parked the car in a local garden centre. She came out of the shop and forgot that she had parked the car and walked home. Her husband and son then realised there was something wrong and a diagnosis of dementia was confirmed by the Doctor.

This coupled with severe hip pain has left this once vibrant glowing socialite housebound and dependent on her very loving and happy to be carer. I am aware that he has recently been struggling and suggested respite for Mrs T and also helped to find another carer with spare time to help.

I arrived today to learn that he had been rushed to hospital with agonising abdominal pains however nothing had been found, blood tests showed it wasn’t appendicitis and so he is currently awaiting a C.T scan. I wondered if perhaps all the worry about his wife and the sheer amount of information he has processed at such a late stage in his life had simply taken its toll and caused what is known in the medical world as an abdominal migraine.

The following visit I made was to an elderly woman recently discharged following a week in hospital. The one daughter who does visit on the rare occasion ( of the 8 children she has!) left after lunch on the day of discharge having helped herself to items from the china cabinet. Mrs S said ” I am not even gone and they are deciding what they want of mine”. Obviously hurt and feeling alone and abandoned she proceeded to offer me a gift as I had been “so good “.

Today was one of those days I thought “I don’t want to get really old”.