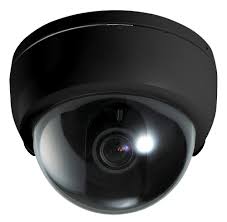 More than a third of adults in the UK with an elderly relative in a care facility (37%) have admitted they would consider using a secret camera to monitor the behaviour of staff caring for them if they had concerns about the level of care.

A new YouGov survey, led by law firm Wright Hassall, has revealed 15 per cent of adults would be very likely to resort to using secret cameras, with a further 22 per cent admitting they would be fairly likely to if they were worried about the standard of treatment.

The survey was commissioned by medical negligence experts Wright Hassall on the back of the firm seeing the number of cases of negligent care increase over recent years.

Respondents were also asked how they would feel if they had to downsize their home in order to pay for professional elderly care for themselves. Forty-three per cent said they felt it would be unfair.

“Sadly, we see all too often that people do not always receive the safe, high quality and compassionate care you would expect for yourself or a loved one,” she said.

“While the majority of people with relatives in elderly care facilities rate the standard of care as good, the survey shows that there is still much more which can be done to protect the most vulnerable people.

“The use of secret cameras has divided opinion, but it has also helped expose neglectful care and the fact that a large number of people would be prepared to make the difficult decision to use this surveillance clearly demonstrates there is still a serious trust issue to address.

“The bond between the relatives of elderly people in care and the care facilities is extremely important, and in many cases there’s certainly room for improvement in the level of communication and the support being given.”

Wright Hassall has launched a campaign, called the CARE Check List, which the firm hopes will be adopted by care home facilities and hospitals.

Jeanette added: “If a CARE check List was made available at the bottom of every patient’s bed, we believe it would have a positive impact on the care which people receive, improve communication and trust, and help protect the most vulnerable people.”

They have also produced a very good infographic please click here to see it.