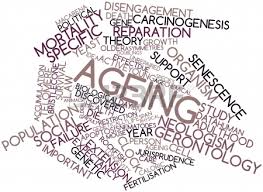 We all know that exercise is good for controlling pain, weight, sleeping and just simply feeling better. Studies show it can help prevent diseases associated with ageing such as heart disease, cancer, osteoporosis, high blood pressure and dementia, but can exercise actually slow the ageing process?

Researchers at King’s College London, believe it can. Their study compared participant’s telomeres – sequences of DNA found at the end of a chromosome that protect them from damage. As we age telomeres get shorter. Shorter telomeres mean older, more tired cells unable to play their role of protector.

A study in Germany at Saarland University Clinic in Homburg backs up these results even more dramatically. Researchers there found that telomeres in young people who were both highly active and highly inactive were about the same size. And while telomeres in sedentary middle-aged subjects were some 40 percent shorter than those of their sedentary younger counterparts, the telomeres of active middle aged subjects were only about 10 percent smaller than those of equally active young participants.

So far, researchers are not entirely sure what the link is between exercise and telomere length. It could be that sedentary lifestyles increase the risk for inflammation and cell damage which are associated with ageing.It may be that exercise may lower stress which other studies have shown can affect telomere length.

How much exercise is enough to get the benefit? The most active people in the Kings College study exercised an average of 199 minutes a week – equivalent to a little less than 30 minutes a day.