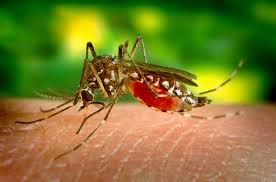 Today has been a mixed day for me emotionally.

At 7 am this morning I was talking to my eldest son who had just been admitted to a hospital in Thailand with Dengue Fever !!!!

I had never heard of it and set about trying to learn as much about it as possible.

The Telegraph had this to say about the illness as the numbers of cases has tripled this year.

“More than 20,000 people a year die from the infection, which is spread by mosquito, and is most common in south east Asia and the Far East.

Since January, there have been 141 “confirmed and probable” cases of the severe infection among those from this country among those who have travelled to places such as Thailand, Sri Lanka and Barbados – compared with just 51 during the same period last year.

There is no vaccination against dengue fever, which is spread by mosquito bites.

Travellers are advised to take care in applying insect repellent and wearing long sleeved clothing at dusk and dawn.

Those infected suffer from severe flu-like symptoms including fever, headache and bone, muscle and joint pain.”

I am pleased to say he is responding well to treatment in the Chian Mai Ram hospital.

The other good news I had today was that my “Wheelchairs by Wings” story had been put on the front of the Mature Times website under the news section.

This is very kind of them to do this for me and will help increase awareness of “Caron Cares” . It is also lovely as it was a copy of Mature Times many years ago in my Exmouth library that has been the inspiration for my website.