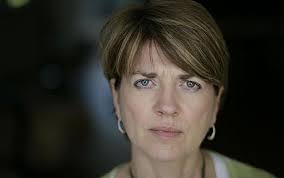 Regular readers will know much I admire the work of fellow blogger Pippa Kelly who also writes about the elderly and in particular those with dementia. This is her most recent blog post regarding Timothy West’s  recent interview with Piers Morgan.

In one of my very first blogs I paid tribute to husband-and-wife actors Timothy West and Prunella Scales for having the courage to speak publicly about Prunella’s dementia, and for doing so in such a constructive manner.  Though acknowledging the difficulties, Mr West said the pair of them still had “a lot of fun”.  Since then the couple have appeared on television and radio, talking about their canal trips and helping to combat the stigma and confusion that clings to the condition.

Now, following a television appearance on Piers’ Morgan’s Life Stories, some in the media have suggested that 81-year-old Mr West compromised his wife’s dignity by talking about her “gradual disappearance” as she sat in the audience and then suggesting that it was okay to do so because “she won’t remember”.

I doubt they need it (they seem a brilliant, resilient bunch these Wests) but I’d like to support what they’ve done.  Not everyone in their position would have made the same decision.  When I wrote my first article about my mum’s dementia in the Sunday Express back in 2006, I did so under a pseudonym, mainly out of respect for my dad, who was so frail that I didn’t want to seek his permission or worry him at all.  No one knew who I was so it didn’t matter.

But a well-known acting dynasty such as the Wests have power and influence the likes of which a nobody such as me can only dream about (or fear).  What they are doing to raise awareness of this misunderstood condition is tremendous – and courageous.   Those of you who are old enough may recall how, in 1965, Richard Dimbleby (“the voice of the nation”) went a long way towards banishing the stigma which then surrounded what we used to call, in hushed tones, the Big C, by announcing on national television that he had testicular cancer.

To me, the Wests’ selfless sharing of their experiences is in much the same mould and, together with the valuable insights of other celebrities such as the late Sir Terry Pratchett (who had Alzheimer’s), helps to increase society’s understanding of the condition through the soft power of culture.

Shortly after the Wests first spoke out about 83-year-old Prunella’s dementia, Sarah Vine of the Daily Mail recounted a touching vignette of the pair she’d witnessed at a literary festival.  She said that they read together on stage quite perfectly.

“But the most touching performance took place during rehearsals.  West never took his eyes off his wife, making sure she knew the running order, patiently going over everything time and again, tenderly coaching her when she got in a muddle.  It was a humbling display of unshakeable marital love”. I don’t always agree with the Daily Mail’s view of the world, but I thought this was a lovely, astute piece of observation.

In another, very different, publication, journalist Rebecca Ley reviewed a radio programme on dementia in which Joan Bakewell interviewed her old friend Prunella Scales.  Writing in the Guardian, Rebecca described the actress’s voice as “a revelation”.

Though slightly slowed, it was still grand and full of warmth and wit, Rebecca said, and “immediately shredded any notion that her diagnosis has erased the person she used to be”, adding that the interaction between husband and wife revealed a marriage that was still very much alive.  “We need more of this kind of broadcasting, to shine a light into the abyss,” she wrote.  How right she was.

Rebecca honestly and very movingly recounted her own father’s final years with dementia in the Guardian and I’d urge anyone who hasn’t discovered her past columns to read them online. She knows the pain and heartache of being a carer, and the soul-searching and strength needed to write about it publicly.

A few months ago I wrote a blog about a Radio 4 interview in which the Today programme’s resident Rottweiler John Humphrys talked to the wife of someone with dementia.  It was an extraordinary few minutes that revealed quite a different side to the normally cantankerous Welshman.  More importantly, because of the calm, insightful words of his interviewee Denise, it shone a penetrating spotlight on what it is to be the family carer of someone with the condition.  Taking my cue from something that Denise said, I called my blog “The Unending Grief of the Dementia Carer”.  I think it just about sums up what this thoughtful, articulate woman had to say – you can still hear the interview here.

Along with the never-ending grief, as anyone with a relative with dementia knows, comes pain, often confusion and almost always guilt.

I applaud the Wests.  Their love for one another has been obvious for all to see and the decision to speak out will not have been taken lightly.   The actors’ carefully chosen words have more power and influence than most and certainly more than mine – and I offer them both, for the second time, a very loud, “Bravo!”